UHC2030 report from the UN High-level Meeting on UHC 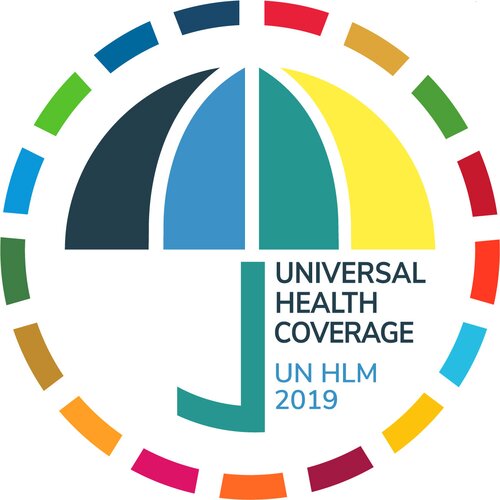 Monday 23 September 2019 in New York, the start of the UN General Assembly week, was a truly historic moment for universal health coverage.

The UN High Level Meeting on the “Universal Health Coverage (UHC): Moving Together to Build a Healthier World” was a hugely significant achievement for Member States who reached agreement on a Political Declaration and reaffirmed their high-level political commitment to UHC. It was also a time for celebration for everyone in the global UHC movement who has campaigned long and hard to get here.

Most important of all, this highest level political commitment for achieving UHC holds life changing potential for the 3.65 billion people who currently lack affordable and accessible quality health services.

António Guterres, UN Secretary-General called UHC, “The most comprehensive agreement ever reached on global health – a vision for Universal Health Coverage by 2030”.

Dr Tedros, Director General of the World Health Organization said, “Today we made history. Together we have committed to a world where no one misses out on quality health services because they cannot access or afford them.” He added, “UHC is a political choice: today world leaders have signaled their readiness to make that choice.”

With around 50 Heads of State present during the UN HLM and 84 Member States making statements during the plenary, world leaders have now agreed to take ambitious actions to institute UHC in their countries and committed to strengthening primary health care (PHC).

The Political Declaration is important in two ways. Firstly it makes a strong case for investment in health and secondly it sets the vision for achieving UHC by 2030. Health for all is an investment in humanity and well-being and prosperity for everyone. UHC has proven to be a catalyst for economic growth that benefits individuals, families, communities, businesses and economies. In terms of a vision for UHC, the Political Declaration is the most comprehensive agreement ever reached on global health.

It suggests that robust and resilient primary healthcare systems will drive progress over the next decade on tackling communicable diseases, including HIV/AIDS, tuberculosis and malaria, while addressing non-communicable disease and the growing threat of antimicrobial resistance. WHO recommends all countries allocate or invest at least 1% more of GDP in primary health care.

UHC2030 partners and constituencies should feel immensely proud to have contributed to this monumental achievement. Since the beginning of 2019, UHC2030 helped prepare for the meeting working with partners and a broader range of health stakeholders who collaborated to produce six Key Asks from the UHC Movement. This allowed the global UHC movement to speak with a common voice and send powerful and coherent messages to political leaders. In April 2019, a multi-stakeholder hearing created the space for the UHC movement to loudly declare its ambitions for the Political Declaration on UHC, and its messages informed the negotiating process with Member States.

During the HLM, Member States showed convergence in their statements around public finance, the prioritisation of PHC, the importance of focusing on the most marginalised and vulnerable populations, and the right to health, including sexual and reproductive health for women and girls. These were all significant issues raised by the UHC movement through the Key Asks. Also for the first time in global health, the broader UHC movement and disease-specific programmes shared the same platform for the common goal of achieving UHC. The implications of this are powerful as every disease and every health issue is part of the Political Declaration on UHC: as we all work towards health for all, we all move together.

The sixth key ask from the UHC movement was ‘Move Together’ and never does that seem more appropriate than now, the moments following the UN HLM where sustained political and practical action is required to ensure that UHC is implemented in all countries. Move Together also means moving the UHC agenda forward with all partners across and beyond the health sector, recognizing that a ‘whole of government’ approach with international support is needed to achieve and sustain UHC. Indeed, the President of the UN General Assembly, H.E. Mr Tiijani Muhammad-Bande opened the meeting by saying, “UHC can only be achieved if we work together and collaborate. I am confident that if we continue to strengthen international cooperation, we can overcome the challenges we face.”

UHC2030 contributions during the UN HLM

Mrs. Gro Brundtland, The Elders said, “I call on world leaders to deliver Health For All through publicly-financed primary healthcare-led reforms.”

Ms Winnie Byanyima, Executive Director of Oxfam International said, “Today, 10 000 people will die because they cannot access healthcare. Is that the world we want to live in? For me, UHC is possible but countries must change what they are doing and urgently.”

Mr Omar Ishrak, Chairman and CEO of Medtronic said, “As a voice from the private sector let me tell you we want to work with you. The UHC2030 Private Sector Constituency statement released yesterday is good step forward.”

Ms Ngozi Okojo-Iweala, Board Chair of GAVI said, “It is important to support Ministers of Finance to make UHC a fundamental part of economic development. We all need to start using this new term: Efficient Domestic Resource Use.”

Ms Melinda Gates, Co-chair of the Bill & Melinda Gates Foundation said, “UHC is a really big idea. Today proves that leaders are not afraid to be ambitious. Primary health care is first step towards UHC and equitable and thriving societies.”

During the first multi-stakeholder panel on the theme, ‘UHC as a driver of equity, inclusive development and prosperity for all’ UHC2030 Co-Chair Prof. Ilona Kickbusch delivered a statement on behalf of UHC2030 emphasising the importance of UHC as a social contract. She said, “Governments have the primary responsibility to ensure people’s health as a social contract at all levels of development. It means bringing society together as an expression of solidarity between people who have the resources to pay and those who do not, people who are healthy and those who are not, people who are young and people who are old. Globally too it is a social contract because the present level of funding is insufficient. It implies redistribution, social justice and rights, ensuring that the most vulnerable and marginalised groups are included. And it implies that the rights and the contribution of women are fully recognized.”

While the UN received over 100 statements in advance from non-state actor participants, there was limited space for civil society voices, particularly voices from people, communities and health workers with very few opportunities for non-state actors to speak from the floor during the HLM itself. As with the multi-stakeholder hearing which took place on 29 April 2019, UHC2030 has collected statements from partners which are now available on the UHC2030 website.

Civil society commentary on 2019 UHC Global Monitoring Report
The UN HLM discussions and decisions were informed by latest evidence just made available in ‘Primary Health Care on the Road to Universal Health Coverage - 2019 Global Monitoring Report on UHC’. The 2019 UHC Global Monitoring Report states, alarmingly, that at current rates of progress up to 5 billion people will miss out on health care in 2030. The UHC2030 Civil Society Engagement Mechanism (CSEM) prepared a commentary on the report calling for more and better data to identify the people who are left behind and more analysis of equity dimensions such as gender, age, wealth, ethnicity, disability, geographic location, fragile states and conflict situations, migratory status and sexual orientation.

UHC2030 Private Sector constituency launches statement on UHC
On 22 September on the eve of the UN High-Level Meeting on UHC, the UHC2030 Private Sector Constituency launched its statement on UHC, an exciting example of how different stakeholders can contribute to efforts towards UHC. The private sector already plays an important role as it provides health products and services for many millions of people and communities globally. The statement highlights how the private sector can work together with other stakeholders to achieve better health and well-being for all people at all ages.

To deliver the highest-level political commitments on health, it is critical to identify concrete follow up actions and seize upcoming opportunities until 2023 for tracking progress of key commitments to achieve UHC. Governments will be held accountable for their commitments under the Declaration. Member States will have to report back to the UN in 2023 on the progress they have made and citizens in countries around the world will be able to use the Political Declaration as a basis to hold their government accountable. UHC2030 will endeavor to collaborate with all its partners and the broader UHC movement to this end.

Most immediately, the multi-stakeholder Coordination Group of UHC Day 2019 will develop advocacy and communication materials that will help translate the key elements of the Political Declaration into common messages and share a summary of key messages from UN HLM participants that can be used as a reference.

2019 Global Monitoring Report on UHC. The report was launched on 22 September during an event moderated by UHC2030’s Co-chair Dr. Githinji Gitahi. Heads of UNICEF and UNFPA and high-level representatives from the World Bank and OECD whose organisations co-produced the report provided their views on the state of progress. Respondents from the European Commission, GAVI, the Global Fund, the Independent Accountability Panel, and the Inter-Parliamentary Union were invited to also share views. The UHC2030 Civil Society Engagement Mechanism provided a commentary on the report.

A Toast to the UHC Movement. The event on 23 September was a UHC2030 CSEM-led reception with major UHC2030 partners to celebrate key milestones of the UHC Movement (such as Alma-Ata Declaration; UHC in SDGs; Launch of UHC2030; International UHC Day), leading up to the UHC Political Declaration in 2019.

‘Making voices heard: social participation for equity and accountability in pathways towards UHC’ This event on 23 September brought multiple stakeholders together to share country experience of why social participation matters, who should be engaged and how it can be implemented and sustained effectively.

‘Hitting the Targets for UHC’ The event brought together a range of stakeholders to discuss how to increase the impact of the UN HLMs on Health in countries. The dynamic panel discussion provided an opportunity to take stock of the collective impact of previous UN HLMs and chart the way forward for UHC. Bringing together the broader UHC movement and disease specific programmes sent a strong message that we are committed to have a united front for action across the UHC movement and other health-related partnerships.

‘1460 Days Left: Countdown to 2023 – towards the mid-point of SDGs’ This event was organized, on the margins of the Financing for Development High-level Forum, to galvanise further joint action in how we operationalize follow-up action, track progress of commitments and promote investment in health and social accountability. This event which mobilized ministerial and high-level speakers across a range of stakeholders showed how the global health community is united to accelerate progress towards UHC and how a range of actors are committed to work better together.

UHC2030 took advantage of the UN HLM to reach out to a broader audience by supporting the following events:

Other articles and blogs
Civil society assessment of the Political Declaration for the HLM UHC by People’s Health Movement, Partners in Health and Medicus Mundi International

Gender equality and UHC: default or afterthought? by Women in Global Health

Coming Together for UHC: The 74th UN General Assembly by Living Goods

To achieve UHC, leaders focus on holistic solutions, collaboration, and innovation by IFPMA