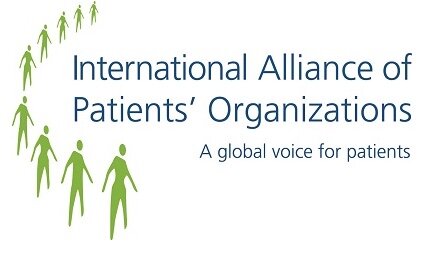 All around the world, health systems are reforming in ways which try to put the patient at the centre of care. This patient-centred perspective is fundamental to the success of health systems and how effectively they can respond to the health needs of communities.

UHC2030 spoke with Kawaldip Sehmi, CEO, International Alliance of Patients’ Organizations to get his perspective on the role of patients and patients’ orgnaizations in achieving universal health coverage.

“The International Alliance of Patients’ Organizations (IAPO) was formed in 1999 to address a very specific problem, which was that hospital treatment and health systems had over time lost their societal roots. If you look back at how medicine used to be, it was done through traditional healers who knew patients very well and treated them accordingly. With the new medical system, specialization, medical silos and formalized education meant that everything became departmentalised. There was a clear hierarchy with the doctor at the top with all the authority and patients were then lost in the system.

“In 1999, IAPO decided that we needed to bring back patient-centred health care so the patients are put at the heart of all heath systems. We developed a global strategy to start winning the battle of minds and hearts to bring patients to the forefront of all considerations and understand their role in the health system. This is now an important issue in health systems and medicines including precision medicines, where medicines are designed specifically for the patient.

“We also encountered a second problem which is that at the time, not all health systems and societies welcomed the idea of having UHC. If this basic building block is not there then everything else to ensure that health care is safe, quality, accessible, acceptable, and affordable is meaningless. So we decided to look at UHC and see how we can position patients within this concept.

“We now have 270 organisations working in 70 countries looking at 50 health conditions. We said that the way to tackle this situation was to think and plan global but act local. We respect the issue of sovereignty and we can all work together and design things better but the actual enactment has to rely on the local.

“Patients can often be isolated from the way that systems are designed. For example, patients can be asked to travel 40 miles to a clinic for treatment that could have been done remotely, or patients are asked to undergo treatment that are perhaps risky when they don’t understand the risks.

“When patients step in and give their opinion on how a health service could be improved, there is great potential for change. We have a patients’ expert group and this is important as patients have navigated all the issues of health and understand things well. If health planners are wise, they realise that this individual or group of patients have a 360 degree view of what is going on in the health system and they can pinpoint the bottlenecks and identify patient-led innovation in the health sector. Patient innovation, co-design and co-delivery is now becoming the norm in European health systems. You cannot undertake any health policy change, by law, without first referring to patient groups and consulting with them. Patient groups directly contribute to the betterment of the health system.

“IAPO contributed to the UHC multi-stakeholder meeting in New York in April 2019, and to the UN High-Level Meeting in September 2019 but we would have loved to have seen the perspectives of patients represented more strongly throughout the process. We felt that high-level representatives, such as ministers, should have patients and patients groups with them when they come to speak.

“The Political Declaration on UHC is a good working document and is a good building block. We are now passing the baton from global to national. We just held our first Asia Pacific congress in Taiwan in November, which was timed to take the Political Declaration forward in Asia. We held it in Taiwan specifically as they have a very good national insurance system and UHC. Now we are going to plan something for the Eastern Mediterranean, African and Latin American regions. At the Asia Pacific Congress we handed over the baton to patients’ organizations in the region.

“At UNGA, what struck me was a comment by Japan’s Prime Minister Shenzo Abe, who said that countries need to make a bold move to invest in UHC, and that it is an investment not a cost. Health plays an important part in every aspect of our socio-economic and cultural life. It is the glue which binds society together. It has a social cohesive element to it. If you look at post-war Japan and post-war UK, there were real tensions that could have erupted, and they did elsewhere in the world. But here, people were aware of the new social contract between the state and citizens in that the state will take charge of health. This brought everyone together. Health is such a political choice. We have to push UHC not as a cost, or as a burden, but as an engine that drives the economy. Without it we are doomed to struggle on the road to poverty.

“Patients’ organisations should seize the moment now. There is no other opportunity than this to put the patient at the heart of every health system and ensure that patient oversight is restored so we can co-design and co-deliver health services ensuring that we have safe, quality, accessible, acceptable and affordable health care. It should be delivered in a culturally, age and gender appropriate manner.

“We ask UHC2030 members to join us at the Global Patients’ Alliance Congress on 16-18 April in Edinburgh, Scotland. We are putting UHC back on the agenda here to see what we can plan for in the coming years.”