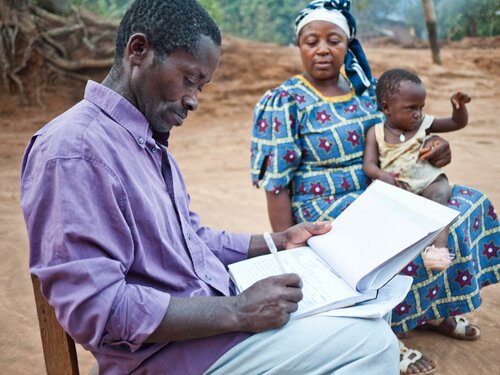 Positive Generation in Cameroon has recently become a member of UHC2030, signing the global compact and making commitments to a set of principles for promoting stronger health system to achieve UHC.

We recently spoke to Fogue Foguito, Executive Director of Positive Generation about the organisation’s motivation to join us.

Why did Positive Generation want to become a member of UHC2030?

Positive Generation is already an organisation that promotes health and human rights. We’re interested in the entire health system and everything related to peoples’ access to health care services. We’re interested and motivated to join UHC2030 because it aims for everyone to have quality health care. Also UHC2030’s goals represent a horizontal programme, not vertical and parallel, and it encourages participatory approaches.

What challenges do you see for UHC2030 and how can they be addressed?

UHC2030 is an ambitious programme and it means that the world has decided to respect the Alma-Ata Declaration. If today, years later, we decide to act, it is because we want an effective implementation of the commitments made by various stakeholders such as WHO Member States, civil society and other organisations.

The challenge is at this level. If it is a new partnership, or transformed from IHP +, how will UHC2030 position itself in the overall global health structure of other Gavi-type initiatives such as the Global Fund, UNITAID? UHC2030 should be able to bring together all these existing initiatives to promote health and contribute to the achievement of Alma Ata objectives.

Cameroon, for example, is developing a package and financing for health care. Because we are now operating in the context of UHC and UHC2030, civil society is sitting round the table and we have a national platform bringing together all stakeholders. UHC2030’s goal for health and its implementation is holistic as it links UHC with country health development plans and also includes users of health systems in its perspective. The challengs for UHC2030 is to be "above the fray" and still promote initiatives that will help achieve the goals of UHC.

In Cameroon, we are in the middle of a discussion about UHC implementation. In the current electoral context, politicians often talk about UHC, but not everyone has the same understanding. As part of the national UHC and health financing working group, we had discussions about funding UHC versus health.

It is ambitious to finance UHC. We are therefore revising UHC with a view to universal medical coverage (UHC) and implementation of health financing. In the context of participation, I am convinced that if UHC2030 did not exist, with its participatory framework, civil society would not have been invited to the negotiating table, and only the technical and financial partners would have been present with the government. In the UHC strategy and approach, CSOs are involved and actively participate in the discussions. I believe that UHC2030 can bring added value, as all stakeholders come together and agree on the achievement of concrete objectives.

How can UHC2030 fulfil its potential and become an effective partnership?

UHC2030 can be a marker of how existing initiatives apply the principles of UHC. An example could be to develop a kind of scorecard to measure the progress of organisations such as Gavi, GFF, GFATM and others on UHC. UHC2030 can also amplify its unifying role of actors such as international organisations, donors, CSOs, WHO and government agencies such as the Ministry of Health. UHC2030 could also develop tools to demonstrate the progress achieved by different actors in the countries. UHC2030 should not just promote the importance of UHC, but work to find evidence to demonstrate the progress and situation of a country vis-à-vis UHC. The big job of UHC2030 is on accountability, especially knowing that the main needs are in southern countries, which often suffer from a lack of clear democratic system. UHC2030 could also further promote an engagement approach and alternative observatory mechanisms, such as Human Rights Watch.

What do you hope for your Positive Generation in the coming years in connection with the UHC2030 agenda?

In connection with the previous answer, we have been working for ten years on a mechanism called Treatment Access Watch, which has been monitoring the availability of HIV, TB and malaria services. We would like UHC2030 to accredit alternative observatories of this type, ensuring that civil society is actively involved in national and international responses. This requires mobilising the population. If we want to improve accountability mechanisms, communities need to know what UHC is, its objectives and its strategic directions, to be able to contribute to and hold the existing system accountable.