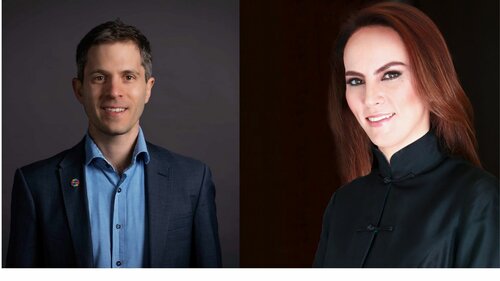 UHC2030's mission is to create a movement for accelerating equitable and sustainable progress towards universal health coverage (UHC). UHC means that all individuals and communities receive the health services they need without suffering financial hardship. UHC2030 is a multi-stakeholder platform which brings together diverse voices and perspectives for the common goal of achieving UHC, sustains momentum around UHC commitments, and promotes collective action. We convene, build connections and promote enhanced political and financial commitments for UHC, more coherent health systems strengthening by all relevant health partners, inclusive approaches, and accountability for results.

It means that we say a huge thank you and farewell to our outgoing Co-Chairs Professor llona Kickbusch, Chair, International Advisory Board, Global Health Centre, Graduate Institute for International and Development Studies Geneva and Dr Githinji Gitahi, Global CEO and Director General of AMREF Health Africa Group. Together, they have steered the universal health coverage (UHC) movement through some incredible achievements including high levels of country-led activism for UHC and bringing together a range of global stakeholders to collectively influence the outcome of the Political Declaration on UHC during the UN High-Level Meeting on UHC. We thank you deeply for your commitment, engagement and energy in driving this UHC agenda forward during your period as UHC2030 Co-Chairs and know that you will continue to support the movement.

As we look to the future and understand the urgent need to turn political commitment to UHC into action, particularly as now the world faces the harsh impact of COVID-19, we welcome Gabriela Cuevas Barron and Justin Koonin to lead us.

Each of the new Co-Chairs bring particular experiences, knowledge and networks which will strengthen UHC2030’s efforts to provide a solid multi-stakeholder platform for UHC.

Gabriela Cuevas Barron said, “Throughout my experience working on national legislation and finding agreements in multilateral contexts, I have found that global initiatives must be closely linked and engaged with both national and local circumstances in order to be effective. This entails considerable time and work to consider the views of all relevant stakeholders, while advancing towards a consensus at all times. Progress towards UHC demands close linkages and interaction with implementation processes at the national level, as these processes involve review by the legislative and executive branches of government.”

Justin Koonin said, “We are at an extraordinary moment in global health. The COVID-19 pandemic has exposed all the inequities which keep us from achieving health for all. At the same time, it has given us the opportunity to rebuild our health systems differently, and the determination to ensure that we build bridges across geographies and sectors in doing so. We will only be successful if all of us – communities and civil society, governments, multilateral organisations, philanthropists, the private sector – pull our weight. I am thrilled to be able to serve UHC2030 in this capacity, to continue to work alongside the extraordinary people joining forces in the UHC movement, and to placing justice at the heart of health.”

Gabriela Cuevas Barron has been Co-Chair of the UHC2030 Steering Committee since 2021 and was a member of the UHC Movement Political Advisory Panel in 2020.

In 2017 Gabriela Cuevas Barron became the youngest President of the Inter-Parliamentary Union (IPU). In her term, Gabriela worked to increase the prominence and relevance of the IPU as the global institution for parliamentarians. She is currently the Honorary President of the IPU. She was decorated with the grade of Chevalier de la Légion d’Honneur by the Government of France, and the Cavaliere di Gran Croce, Ordine Equestre di Saint’ Agata on behalf of the Government of the Republic of San Marino.

Justin is co-chair of UHC2030, the international multistakeholder partnership for universal health coverage. He is a member of multiple WHO expert panels, including for the Universal Health Preparedness Review, and on HIV, viral hepatitis and STIs.

He is Honorary Professorial Fellow at The George Institute for Global Health, and Adjunct Associate Professor at the Kirby Institute, University of New South Wales.

At a national level, Justin is President of ACON (formerly AIDS Council of New South Wales), Australia’s largest civil society organisation working on HIV prevention, care and support, and the health of sexuality and gender-diverse people more broadly. He is a former chair of the New South Wales Gay and Lesbian Rights Lobby, the peak advocacy body for gay and lesbian people in that state.

Justin Koonin’s work spans a diverse range of sectors. In addition to his efforts in health and human rights, he has worked as a postdoctoral researcher in mathematics at the University of Sydney, as a data scientist at PwC, and (currently) as a fund manager at Allan Gray. He holds a Ph.D. in Pure Mathematics from the University of Sydney, and is a Chartered Financial Analyst charter holder, as well as a Fellow of the Australian Institute of Company Directors.