Time for celebration, reflection and action. 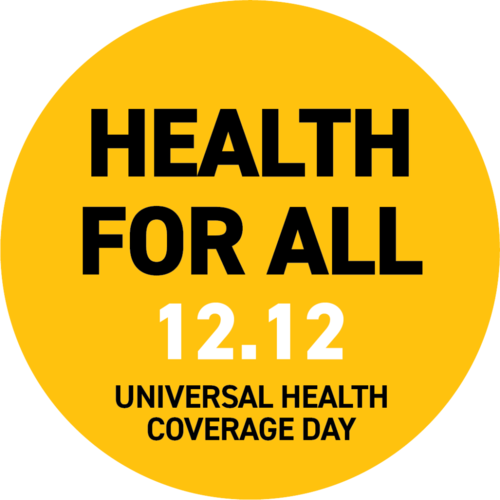 One designates 12 December as the annual International Universal Health Coverage Day. The other recognizes the role of partnerships, such as UHC2030 to address the health needs of the most vulnerable for an inclusive society, through developing and sustaining UHC at the national level.

The resolution also calls for an UN high-level summit on UHC to be held in 2019, requesting WHO and other relevant international organisations to report to the UN General Assembly on improving international coordination and cooperation to address the needs above.

Five years ago, the UHC Coalition launched a petition calling for recognition of 12 December as UHC Day to commemorate the data that UN General Assembly official recognized UHC approach for the first time ever. With action and momentum from organisations and agencies around the world, including UHC2030, this date has now been formally recognized. In line with the UHC Advocacy Strategy, UHC2030 will continue to support annual campaigns of UHC Day across the World.

This is a good step forwards, but much remains to be done. As the UHC 2017 global monitoring report shows, more than half the world’s population still lack access to the essential health services they need. Over 800 million people spend at least 10 percent of their household budgets to pay for health care, and about 100 million people are pushed into poverty as a result. UHC2030 has published some further stakeholder commentaries about this report and the dire situation explained within.

So although this is time for celebration, it is also time for reflection and action.