UHC2030 / Global Fund session at the UNITE Global Summit, entitled: Leave no one’s health behind: Invest in health systems for all 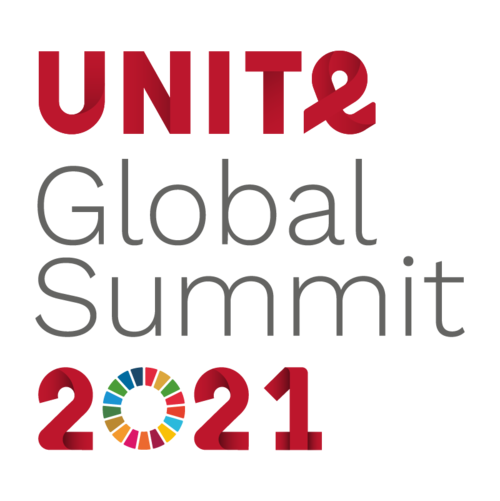 Although it is clear that COVID-19 has revealed and exacerbated inequalities within and between countries, many governments have seen in the pandemic an opportunity to advance universal health coverage (UHC). Achieving UHC is therefore important in order to resolve the current pandemic but also to prepare for future emergencies. This was one of the key takeaways from Leave no one’s health behind: Invest in health systems for all, a session at the 2nd annual UNITE Global Summit co-hosted by UHC2030 and the Global Fund to Fight AIDS, Tuberculosis and Malaria. Another message reiterated by many of the speakers was the importance of parliamentarians working together, including across national borders, and working with their governments, civil society and other partners to provide the political leadership and financial resources necessary to achieving UHC.

UNITE is a global network of parliamentarians committed to achieving political impact towards ending infectious diseases as a global health threat. The focus of the UHC2030/Global Fund session was the role that parliamentarians can play at global, regional and national levels in order to support the implementation of UHC and the development of stronger, more equitable health systems. The session was moderated by Robert Yates, Executive Director of the Centre for Universal Health Coverage at Chatham House.

Ms Gabriela Cuevas Barrón, UHC2030 co-chair, former member of Parliament at the Mexican Congress and former President of the Interparliamentary Union, in her opening remarks, said, “At the end, it is a matter of leadership. In this context, parliamentarians have a crucial role to play. You are best placed to decide if we continue to build a world full of exclusions and inequalities, or if we are to write a new chapter for humanity.” Ms. Cuevas reminded participants of the importance of UHC Day, which takes place on 12 December every year, explaining that the theme for 2021 was “Leave no one’s health behind: invest in health systems for all,” referring to the critical role political leaders have in accelerating implementation of UHC commitments in their countries and how they must come together to strengthen global health governance, irrespective of any wider political differences. (See UHC2030 Co-Chairs’ message to political leaders here.) Ms Cuevas then went on to tell the audience that UHC2030 would mark the occasion by publishing its State of Commitment synthesis 2021, a copy of which can be found here.

Prof. Keizo Takemi, Member of the House of Councillors, The National Diet of Japan; WHO Goodwill Ambassador for UHC; and Member of the Political Advisory Panel, UHC2030 spoke about the role of parliamentarians in strengthening health systems, saying “Parliamentarians play an important role in advancing the UHC agenda and the ability to deliver the right to health to all the constituents of our nations. In developing laws and legislation and allocating sufficient budget for those laws to be implemented.” He added, “The role of the parliamentarians is huge…and when we try to strengthen our health security, always we have to think how to collaborate with global partners and then also how to strengthen our global health governance….these are interconnected.”

Mr. Scott Boule, Senior Specialist for Parliamentary Affairs at the Global Fund outlined how his organization invests approximately US$1 billion a year to strengthen health systems, making the Global Fund the largest multilateral funder for health systems strengthening. As he pointed out, “Investing in health systems is also vital […] for helping to put countries on a path to universal health coverage,” noting that this is critical also for pandemic preparedness and response. Mr. Boule said that, however, the greatest needs at the moment relate to the role of parliamentarians – the need for political commitment and financial resources. “We cannot do it without your leadership and your support.”

The discussion then turned to experiences of people working on the ground to implement UHC at the country level, including:

A panel then moved to a presentation by several parliamentarians of efforts to advance UHC in their countries, featuring:

The session can be watched here