‘Caught in the COVID-19 storm: women’s, children’s and adolescents’ health in the context of UHC and the SDGs’ - new report launched by the Independent Accountability Panel (IAP) for Every Woman Every Child. 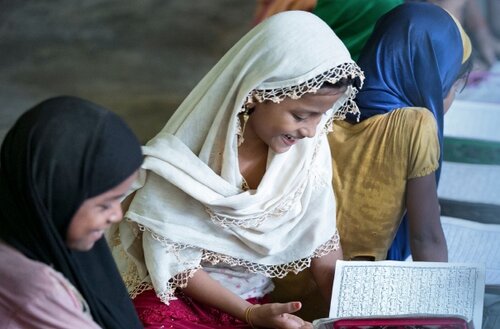 The COVID-19 pandemic has reversed decades of progress in women’s, children’s, and adolescent health but it is possible to build back with better data collection and accountability efforts, say world leaders who convened on Monday, 13 July 2020.

The discussion - which included high-level participants such as H.E. Mr. Cyril Ramaphosa, President of South Africa and Rt. Hon Helen Clark, former Prime Minister of New Zealand and Board Chair of PMNCH – focused on a new report launched by the Independent Accountability Panel (IAP) for Every Woman Every Child. Although work on the 2020 report began before the pandemic, its impacts, both real and projected, have been considered throughout.

This moment is an opportunity to create real change for women, children, and adolescents. The IAP report creates an accountability framework with four pillars: commit, justify, implement, and progress. Concretely, it makes three suggestions for how to build on these pillars.

First, invest in country data systems for national and global security. “High-quality data must play a vital role in identifying where there is a need for course correction,” said the Rt. HonHelen Clark. “Data acts like a spotlight. It identifies what change needs to happen and it reveals where injustice is the most profound.”

Second, institutionalize accountability functions and features, since voluntary arrangements are insufficient. “Accountability must be institutionalized with a formal relationship between, on the one hand, monetary review and recommendation and on the other, remedy and action,” said IAP co-chair Joy Phumaphi.

Finally, democratize accountability to include the voices of all people. “We must listen to the people we serve and to whom we are accountable,” said Tedros Adhanom Ghebreyesus, Director-General of the WHO. “By working in solidarity, we can deploy accountability in health to transform commitments into progress and make a real difference to the most vulnerable and marginalized in our world.”

“One of the recommendations that we will take forward strongly is to foster youth-led accountability to keep policy makers accountable to commitments made to address the needs of youth, women, and children during this time of the crisis and for the 2030 agenda. We will invest in in-person and digital platforms which provide an avenue for youth to have their voices heard and to spur collective action for accountability when the world needs it the most,” said Evalin Karijo, Director, Youth in Action, Amref Health Africa and UHC2030 Civil Society Engagement Mechanism.

Considered alongside the PMNCH Call to Action on Covid-19, the suggestions pave the way for stakeholders to build a better future.

“Institutionalizing accountability on a national level is really possible and it should be driven not only from top to bottom, or government-down, but from bottom to top,” said Ambassador Kaha Imnadze, Permanent Representative of Georgia to the UN and co-facilitator of HLPF and ECOSOC review. “To build back better, investments in education and health are two key areas.”

“Together, we stand for investing in healthy and empowered women, children, and adolescents who can bring about the change needed to create a better future for all,” said Dr. Natalia Kanem, Executive Director of UNFPA. “UN reform is built upon enhancing flexibility, transparency, and accountability at all levels to unlock the resources, to develop the innovative solutions, and to drive the ambitious change needed in this Decade of Action.”

Two members of the UHC movement Political Advisory Panel spoke about the significance of local and national data and accountability processes during the event.

“Some institutions think being accountable only means to make public the accounts - the numbers, the budgets of that institution - but being accountable is not only about budget, it is about actions, it’s about decisions, it’s about being fully transparent and fully inclusive,” said Ms. Gabriela Cuevas Barron, President, Inter-Parliamentary Union.

“Data is extremely important, but we often use data in a global way, and there must be a disaggregation of that data at the furthest local level. There must be disaggregation alongside gender, age, and different vulnerable groups that are facing different risks,”
said Mr. Elhadj As Sy, Chair of the Board, Kofi Annan Foundation

Universal health coverage at the fore

“Nobody will be safe until everyone is safe. We must build a world where everyone can live in dignity and realize human security. UHC is the foundation of human security and an important target of the SDGs. Let us all strengthen our partnerships and efforts to protect people’s health and institute UHC,” said Mr. Shinichi Kitaoka, President of the Japan International Cooperation Agency.

It is more crucial than ever that world leaders act together to deliver their commitments made last year in the UN High-level Meeting on UHC.

“Countries need to implement commitments made in the UN Political Declaration on UHC as this will put the world in a good place to protect women, children and adolescents - not only in pandemics but always,” said Khuất Thị Hải Oanh, Civil Society Engagement Mechanism for UHC2030 and Executive Director, Centre for Supporting Community Development Initiatives

Ms. María Fernanda Espinosa, member of the UHC Movement Political Advisory Panel for UHC2030, also announced the State of UHC Commitment process and a UHC survey to capture the lived realities of people’s experience of health care in countries, which can help move forward IAP Recommendations. “It is not enough to look at policies and statements by political leaders on what they ought to do to achieve UHC. We want to hear the voices of the people and know the on-the-ground realities.”

The event was moderated by Gillian Tett of the Financial Times: