UHC2030 Co-Chairs, the Inter-Parliamentary Union President and the UHC movement Political Advisory Panel promote national investment and action for UHC to all Presidents of Parliaments. 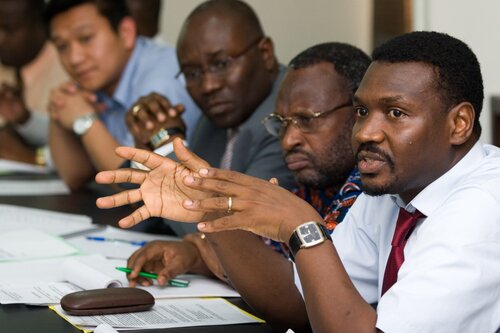 Turning commitments for universal health coverage (UHC) into action is a vital step along the path for health for all.

In September 2019, at the United Nations High-Level Meeting (UN HLM) “Universal Health Coverage: Moving Together to Build a Healthier World”, world leaders endorsed the most ambitious and comprehensive political declaration on health in history.

Now the big question is how to translate this commitment into national and local solutions to achieve UHC? Parliamentarians, ministers and local government officials play a major role to promote, finance and implement UHC, and their commitments and actions are critical for global commitments to be translated into local solutions.

As a first step, the IPU President, UHC movement Political Advisory Panel and UHC2030 Co-Chairs have sent a powerful letter to all Presidents of Parliaments, at a time when many parliaments are moving into the final stage of the next national budgetary cycle. The letter calls on all Presidents of Parliaments to prioritise investment in strong and resilient health systems for UHC, and greater preparedness for health emergencies.

In 2019, following the UN HLM, the IPU adopted an important resolution for all countries to implement UHC in countries with parliaments reporting to them on progress. The commitment and action of Parliaments to take forward this agenda is now crucial for all countries. The letter from the UHC movement Political Advisory Panel contains some important messages including:

Read the letter in full